Ultimate was developed in 1968 by a group of students at Columbia High School in Maplewood, N.J. Although ultimate resembles many traditional sports in its athletic requirements, it is unlike most sports due to its focus on self-officiating, even at the highest levels of competition. This concept, called Spirit of the Game, is integrated into the basic philosophy of the sport, written into the rules, and practiced at all levels of the game from local leagues to the World Games. 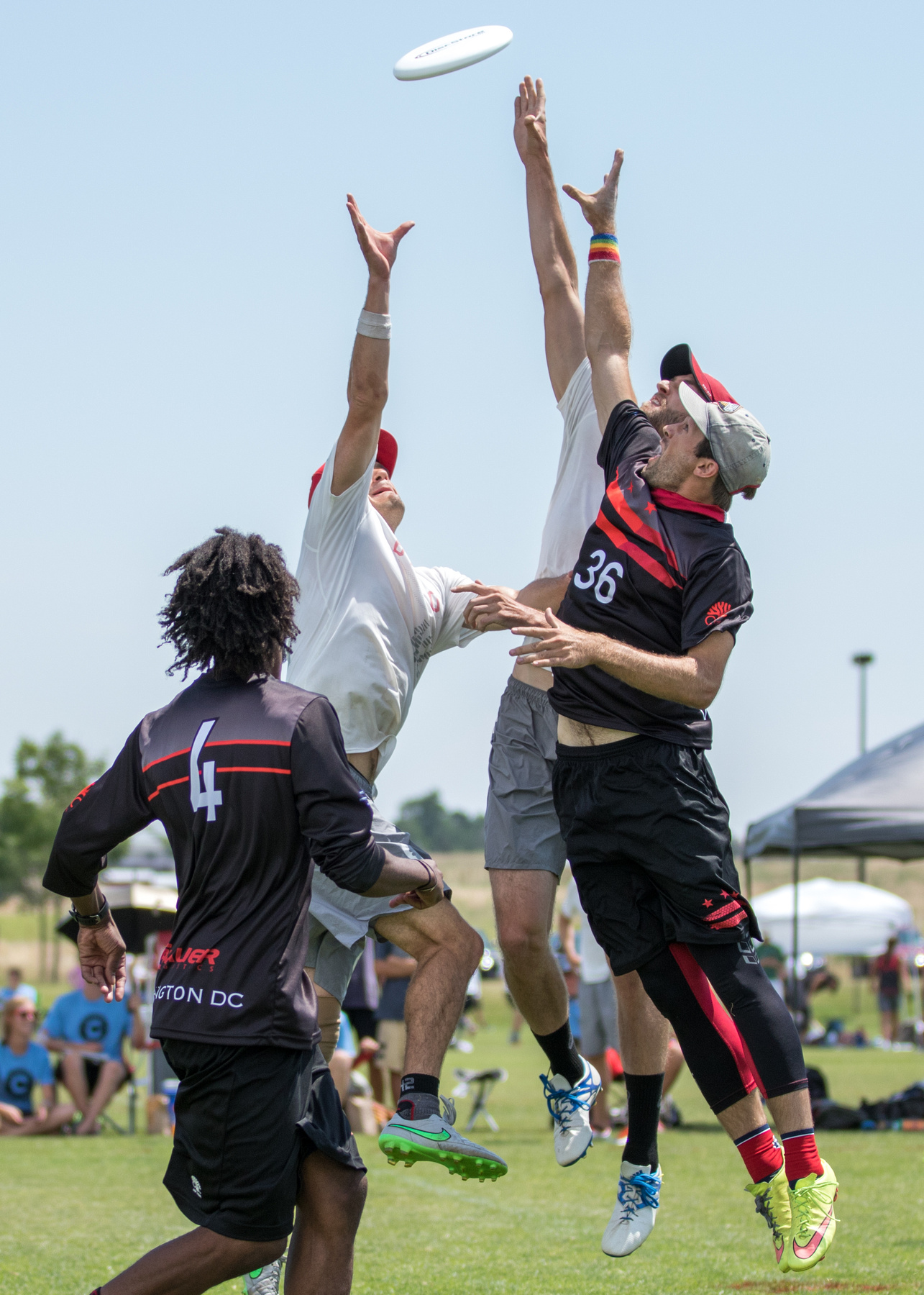 Combining the non-stop movement and athletic endurance of soccer with the aerial passing skills of football, a game of ultimate is played by two teams with a flying disc on a field with end zones, similar to football. The object of the game is to score by catching a pass in the opponent’s end zone. A player must stop running while in possession of the disc, but may pivot and pass to any of the other receivers on the field.  Ultimate is a transition game in which players move quickly from offense to defense on turnovers that occur with a dropped pass, an interception, a pass out of bounds, or when a player is caught holding the disc for more than ten seconds. Ultimate is governed by Spirit of the Game™, a tradition of sportsmanship that places the responsibility for fair play on the players rather than referees. Ultimate is played in more than 80 countries by an estimated 7 million of men and women, girls and boys.  The international governing body, WFDF, represents 59 member associations in 56 countries.

"What is ultimate?" as defined by the USA Ultimate Board of Directors? The USA Ultimate Board of Directors believes that one key factor that defines ultimate is that the players need to be the ones in control. The definition of ultimate developed by the board at the 2001 strategic planning meeting is as follows: "Player defined and controlled non-contact team sport played with a flying disc on a playing surface with end zones in which all actions are governed by the 'Spirit of the Game™."

SPIRIT OF THE GAME

Spirit of the Game is one of the fundamental tenets of ultimate, making it unique in the world of competitive team sports. As a self-officiated sport, the game is in the players’ hands. What that means in practice is that there are no referees, and that players call infractions and adjudicate disputes themselves in the moment on the field of play. It demands a high level of integrity, trust, and self-awareness. At all levels — from middle school to international championship events — it is up to players to maintain a high level of sportsmanship and ensure fouls are called appropriately. Of course, Ultimate players are only human and, as in any other sport, there are those who take advantage of the rules. However, more often than not, Ultimate highlights the integrity of athletes fostered in an environment that promotes mutual respect and the basic joy of play. 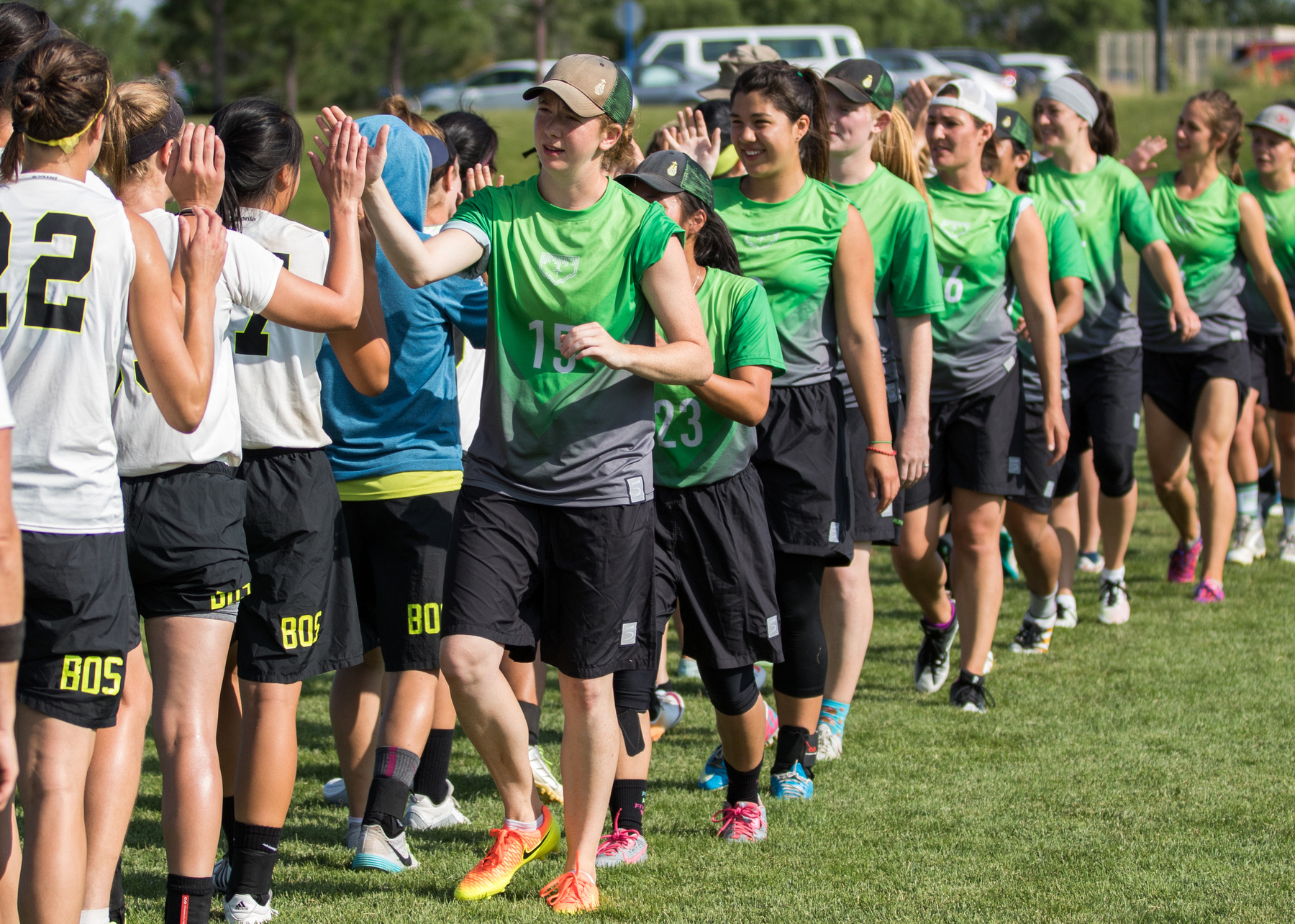 Ultimate has grown and thrived for over 40 years following these principles, and Spirit of the Game remains alive even in the highest levels of competition. Though rapidly expanding, the Ultimate community is small enough that you will encounter the same faces over and over again throughout your playing career. Often your opponents today could end up being your teammates tomorrow. This adds an extra level of accountability, nurtures Spirit of the Game and often leads to lasting friendships that span the country and even the globe.

Altitude Youth Ultimate is working hard to spread Spirit of the Game and rules knowledge to the next generation of Ultimate players. As part of this effort, Spirit and Rules Clinics are available for any interested teams. If you would like to set up a Clinic for your team or have any questions regarding rules or spirit, please contact the AYU Spirit and Rules Coordinator.